Location: Home >> About Us >> Brief Introduction 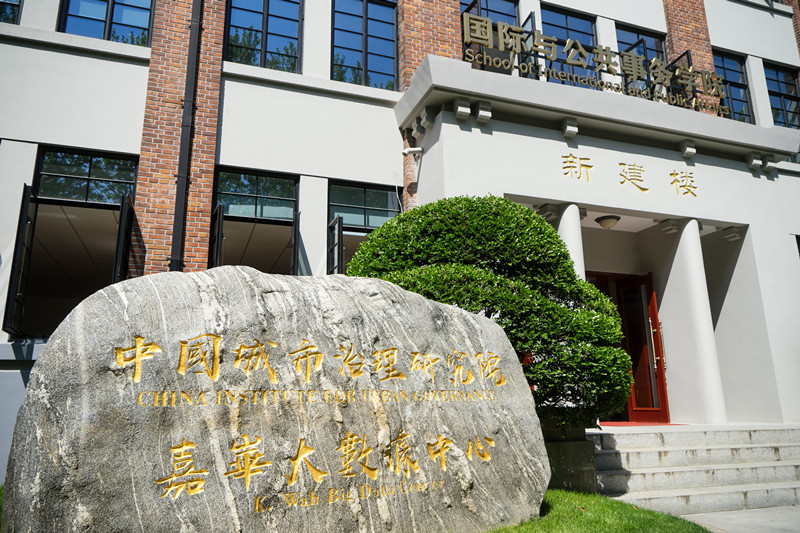 The China Institute for Urban Governance (CIUG) is jointly established by the Shanghai Jiao Tong University (SJTU) and the Development Research Center of Shanghai Municipal People’s Government under the auspices of the Shanghai Municipal People’s Government. The mission of the Institute is to build a new type of think tank with world reputation and Chinese characteristics that serves as a base to attract and cultivate high-end talents.
Shanghai is required by China’s central leadership to be the ‘Leader in reform and opening up and pioneer of innovation and development. To echo this requirement, the work of the CIUG is closely focused on the country’s overall goal of deepening reform in an all-round way to improve and develop the socialist system with Chinese characteristics, to promote the national governance system, and to modernize its governance capabilities. The main research area of the CIUG is in the improvement of the urban governance system and urban governance capabilities.
The CIUG is managed by the President, who takes overall responsibility under the Executive Council. It enjoys joint endorsement from the ministries of the central people’s government and the Shanghai Municipality with full support of the SJTU. Mr. JIANG Sixian, CPC Committee Secretary, SJTU, and Mr. TANG Zhiping, Secretary General of Shanghai Municipal People’s Government and Director of the Government General Office, sit on the Executive Council as co-chairs. Mr. JIANG Sixian is also appointed President of the CIUG, while Mr. WANG Dezhong, Director, Development Research Centre of Shanghai Municipal People’s Government, First Vice President. An Academic Committee is simultaneously created under the Executive Council. Prof. Meric Gertler, President of the University of Toronto, Canada, is invited to assume chairmanship of the Committee. The CIUG, as a research platform open to both Chinese and overseas professionals regardless of their affiliation to the SJTU, is looking forward to the joint participation, planning, research efforts, and shared outcomes of researchers and practitioners in urban governance and innovation.
The CIUG leverages the SJTU’s strength of multidisciplinary studies in humanities, sciences, medical studies, engineering and agriculture to integrate academic fields relevant to urban governance in SJTU. It makes good use of resources in Shanghai, in China, and in foreign countries to explore innovations in organization and management to encourage development of pilot areas and open platforms with strong alliances, complementary advantages, in-depth integration, multidisciplinary crossover, and collaborative innovation. At present, interdisciplinary studies in the CIUG cover research areas such as urban emergency management, urban environmental governance, urban social governance, innovation-driven and sustainable development, most livable cities and public services, urban culture and urban image. The CIUG has organized interdisciplinary research teams accordingly to provide intellectual support to the CPC and the government for more scientific decision-making on hot and key issues, difficulties, and pain points in Shanghai and beyond.
The CIUG is committed to build an international exchange and cooperation platform, and continuously promote the “Bringing in” and “Going out” strategies. On one hand, the Institute will make parallel efforts to introduce best practices in foreign countries to China to provide solutions to urban development in China, meanwhile，the CIUG will try to explore multiple channels for international cooperation and exchanges, and attract top global urban governance talents, organizations and institutions to come to Shanghai for the sharing of better practices in urban governance around the globe to improve urban governance in Shanghai and in the nation. On the other hand, the Institute is mobilizing resource in Shanghai and even in China to crystallize urban governance model and idea with Chinese characteristics, to come up with urban governance theory with Chinese characteristics. The CIUG is also having more international academic exchanges and creating Chinese urban governance research team with international backgrounds for promoting to the world China’s path, philosophy, and practices of urban development, increasing China’s say in the world urban governance community, and establishing a discourse system for urban governance in China.