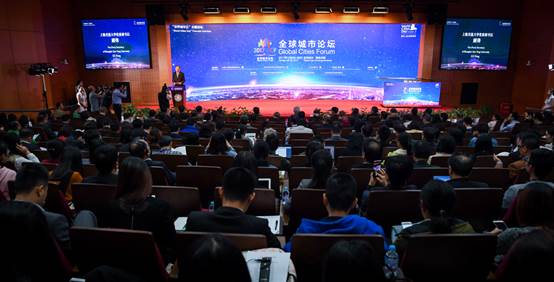 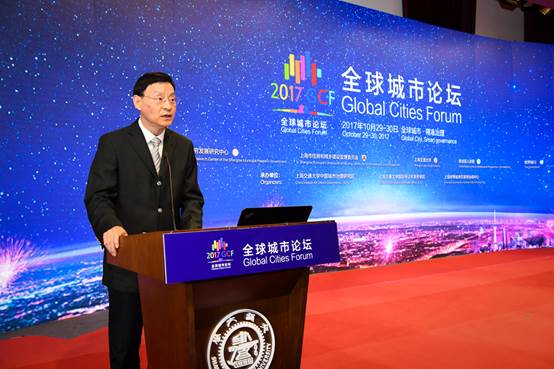 The theme of the forum is “Global City·Precision Governance”, focusing on smart city and big data application, urban environmental governance, urban emergency management, urban agglomeration traffic management, urban governance and social participation, urban agglomeration planning development and governance, to discuss issues related to urban refinement governance. Through the combination of call for papers and drafts, 140 papers were selected for the forum and discussed at the conference. 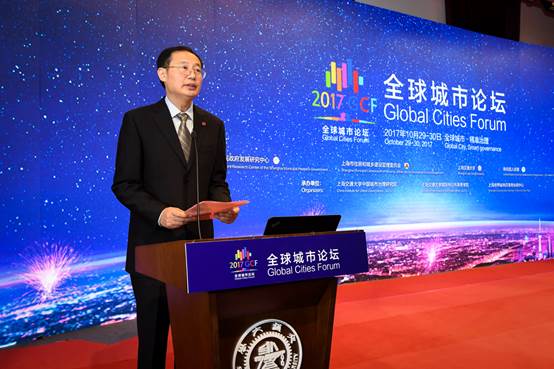 Gu Feng gave a welcome speech at the opening ceremony of the forum. Gu Feng said that the 19th National Congress of the Communist Party of China put forward the vision of "the people of all countries working together to build a community of human destiny, building lasting peace, universal security, common prosperity, openness and tolerance, and clean the beautiful world."Under the care and support of leaders at all levels in Shanghai, China Institute for Urban Governance of Shanghai Jiaotong University was established on October 30, 2016 with the goal of providing urban governance ideas, building an international exchange and cooperation platform, and cultivating outstanding talents for urban governance, and had made important progress in the fields of consultation, research, interdisciplinary platforms, academic journals, etc. With the theme of “Global City, Precise Governance”, the 2017 Global Urban Forum explores the urban problems faced in the process of building a livable life, and solves urban development problems with a refined governance perspective, and provides solutions for modernizing urban governance capabilities. Gu Feng hopes that experts and scholars at the conference will contribute wisdom, bring the global experience of urban governance to China, bring it to Shanghai, and pass on the vivid practices of China to other countries in the world. 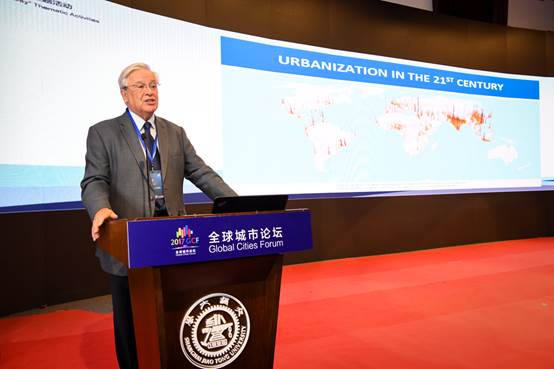 Joan Clos delivered a speech, sharing issues related to global urban governance with experts and scholars. Joan Clos introduced the status quo of global urbanization development. He said that the current urbanization process in the world is accelerating. While continuously driving economic development, it also brings a series of problems and challenges. For the world, these challenges include regional stability, human rights protection, sustainable development, etc. For specific cities, the challenges include slums, housing tensions, and excessive land use. In order to better cope with these problems, it is necessary to comprehensively coordinate the formulation of relevant policies and regulations, the rational planning of physical space, and the rational layout of local finance on the basis of national top-level design and local effective implementation, so that urban development can be a powerful driving force for promoting economic growth, cultural prosperity, knowledge sharing and employment security. 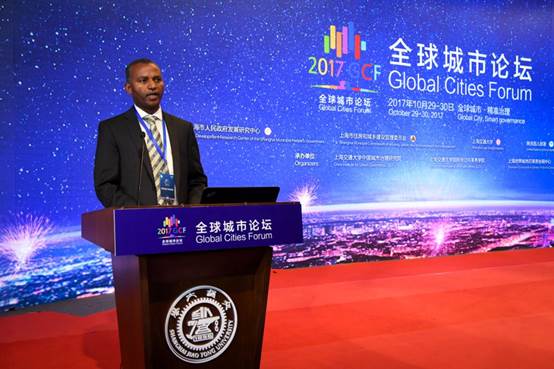 In his speech, Bekele Debele pointed out that the current urban population in the world is more than half of the world's population. Human beings have entered the urban era. Global urbanization has played a very important role in promoting economic prosperity and improving people's lifestyles. In the past three decades, the speed of China's urbanization has attracted worldwide attention, and there are also many valuable experiences that can be shared with the world. Shanghai is entering the ranks of international metropolises and has done a lot of useful explorations in the construction of livable cities and sustainable development. The forum was held in Shanghai and provided a lot of convenience for the sharing of global urban governance experience. It is hoped that experts and scholars can reach a consensus on solving problems related to urban governance, and hope that the forum can drive more people to participate in the study of urban governance, thus bringing more possibilities for creatively solving urban development problems. 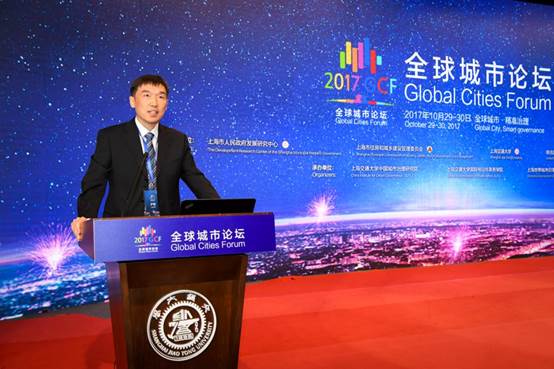 Yan Jun said in his speech that the "Global Urban Forum" is an important part of World City Day and an open platform for bringing together global wisdom and global governance. It is of great practical significance for the forum to explore the major issues facing urban governance in an all-round and multi-angle perspective. The world today is the world of cities. While providing comfortable and convenient living for human beings, the city has also brought about a series of urban governance problems, which have created challenges for the global economic prosperity and development. The solution of these problems requires the common wisdom of all mankind. This is also the significance of the “Global City Forum”, which is to build an open platform, unite global wisdom, and jointly explore urban governance issues. At present, Shanghai is advancing a new round of urban planning. Facing the future, Shanghai's future vision is to build a remarkable global city and explore a super-large urban governance model suitable for China's national conditions, which will provide more valuable experience for Shanghai's global cities. 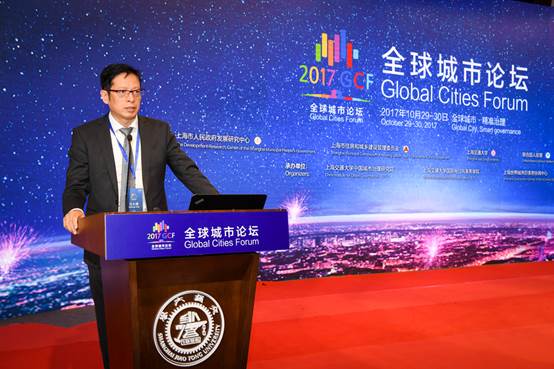 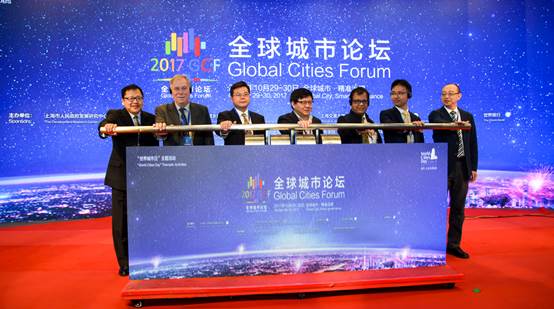 In the forum, think tank research institutes from seven global cities in New York, Paris, Singapore, Seoul, Hong Kong, Beijing and Shanghai jointly established the “Global Urban Governance Think Tank Alliance”. The alliance aims to be a platform for comprehensively promoting academic and policy research on urban governance, a platform for exchange of best practices in urban governance at the global level, and a platform for promoting communication and cooperation between various entities in the city. It aims to open theoretical, policy, and forward-looking research around urban governance by concentrating the forces of all parties, facilitating exchanges and sharing of urban governance cases, experiences, and practices in the world, and promoting exchanges and cooperation between the government, enterprises, social organizations, scholars, residents and other entities. 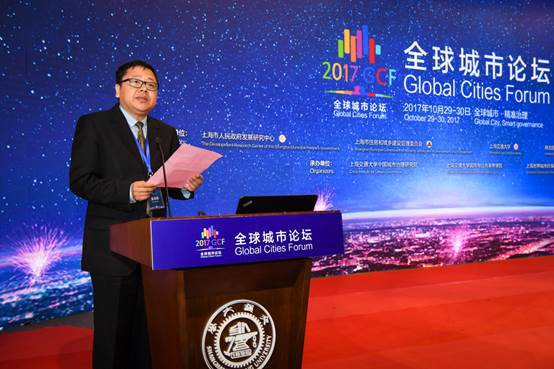 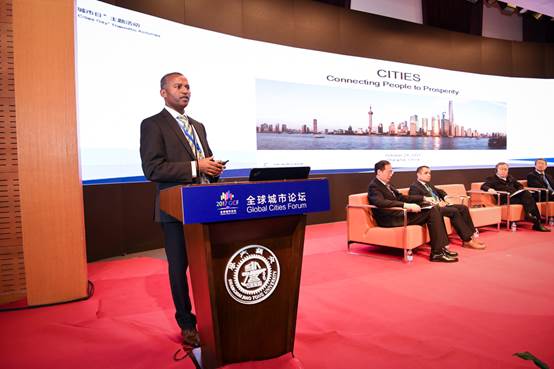 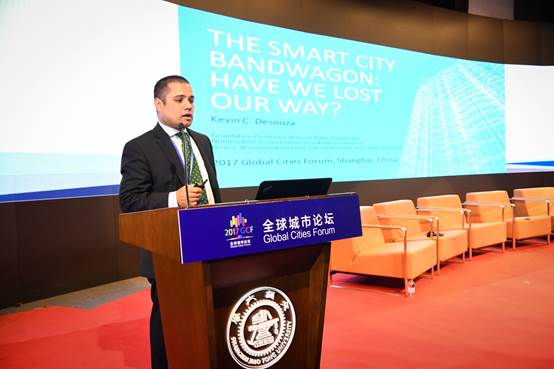 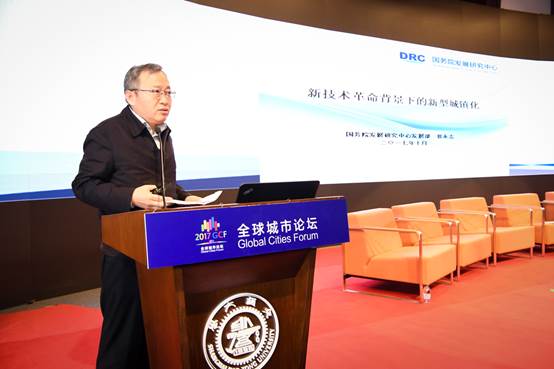 From the afternoon of the 29th to the morning of the 30th, more than 130 experts and scholars from nearly 20 countries and regions have held parallel sub-forums on the six themes of smart city and big data application, urban environmental governance, urban emergency management, urban agglomeration traffic management, urban governance and social participation, urban agglomeration planning development and governance. The forum also set up five special forums for young scholars around the above topics to provide opportunities for the rookies in the field of urban governance research to stimulate thinking, stimulate innovation and stimulate growth. 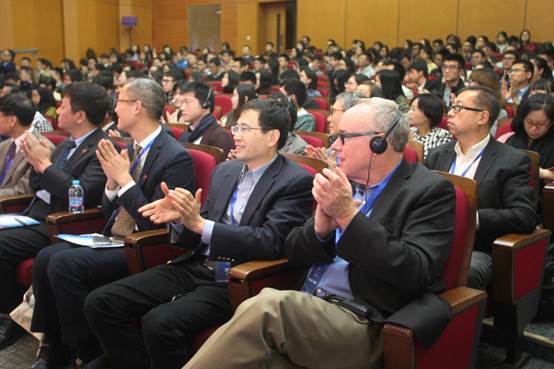 On the morning of October 30, the closing ceremony of the forum was held at Xuhui Campus, and Wu Jiannan presided over the closing ceremony. After a full discussion, Shen Yao, Associate Professor of the Department of Computer Science and Engineering, Shanghai Jiaotong University, Dong Huijuan, Associate Professor of the School of Environmental Science and Engineering, Fan Bo, deputy dean of the School of International and Public Affairs, director of the Emergency Management Research Center of China Institute for Urban Governance, Peng Zhongren, professor of distance studies and the Yangtze River Scholar of the Ministry of Education, Liu Bangcheng, deputy dean of the School of International and Public Affairs, and Chen Xian, a professor at the Antai College of Economics and Management, exchanged speeches on behalf of six parallel sub-forums. 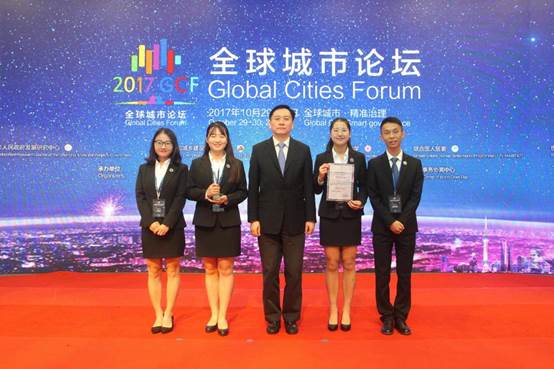 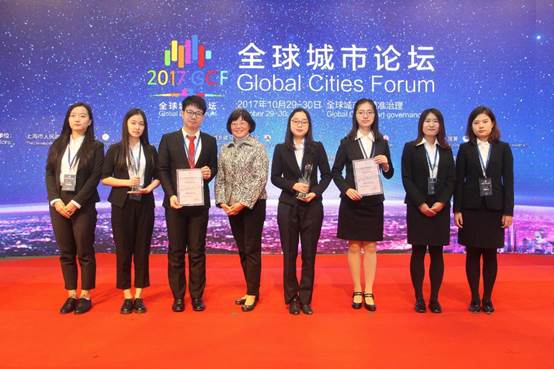 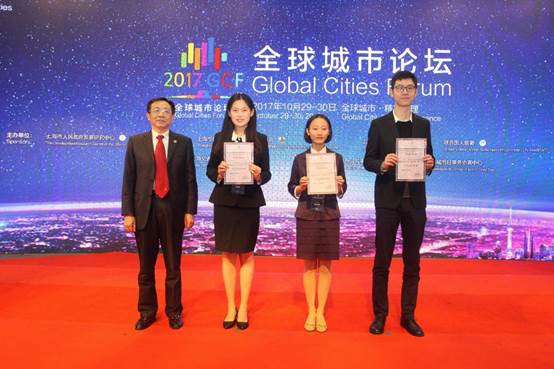 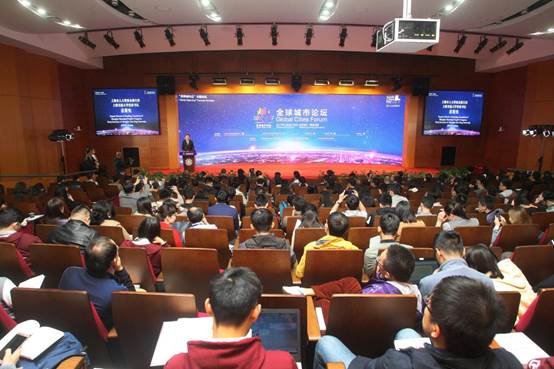 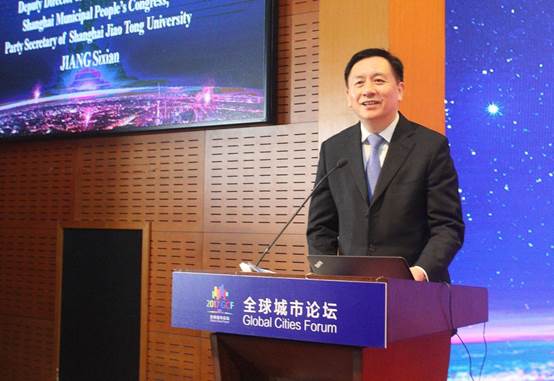 At the end of the forum, Jiang Sixian made a closing speech. Jiang Sixian said that the experts and scholars attending the forum had carried out extensive and heated discussions around the theme of the forum, and achieved more than expected results, adding a beautiful academic landscape to World City Day. As a high-level form of human society development, global cities have increasingly become the core carriers for representative countries and regions to participate in global dialogue and international cooperation. In order to achieve good governance, an international metropolis with a large scale, complex structure and rapid changes must pay attention to two points: First, urban management must be precise; second, urban governance should reflect multiple participation. In the report of the 19th National Congress of the Communist Party of China, General Secretary Xi Jinping proposed that socialism with Chinese characteristics has entered a new era, and the main contradictions in our society have been transformed into contradictions between the people’s growing needs for a better life and the development of inadequate imbalances. In this context, the academic community should better play its role and provide academic support for building socialism with Chinese characteristics and realizing the community of human destiny. The “Global Urban Forum” is an important platform for Shanghai Jiaotong University to promote the exchange of international academic research and urban governance practices. It is hoped that it will promote the governance of Shanghai, the large city, and even of the developing cities all around the world. As a new type of think tank with urban as the main research object,China Institute for Urban Governance of Shanghai Jiaotong University will also strive to promote urban governance theory innovation and practice summary, actively support experts and scholars in related fields to carry out academic research work and academic exchanges, and contribute Chinese wisdom and strength to the reform and construction of the global governance system.