On September 24th and 25th, the Annual Conference of the Asian Association for Public Administration (AAPA) 2020 online annual conference was successfully held. Hundreds of representatives from 17 different countries and regions, including South Korea, the United States, Philippines, India, Thailand, and Australia, exchanged their views on the theme of "Towards Sustainable Asian Urban Governance: Emerging Theories and Innovative Practices". This annual conference was co-sponsored by the Asian Association for Public Administration, China Institute for Urban Governance of Shanghai Jiao Tong University, the School of International and Public Affairs of Shanghai Jiao Tong University, and the China-America Association for Public Affairs. 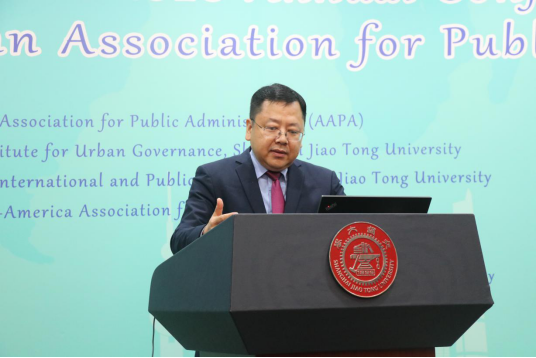 On the morning of the 24th, the Asian Association for Public Administration (AAPA) held a general election for the chairman.

Professor Wu Jiannan, the Director of the Department of Liberal Arts Construction of Shanghai Jiaotong University, Distinguished Professor of the School of International and Public Affairs, and Executive Vice President of the China Institute of Urban Governance, was elected as the sixth chairman of the association. 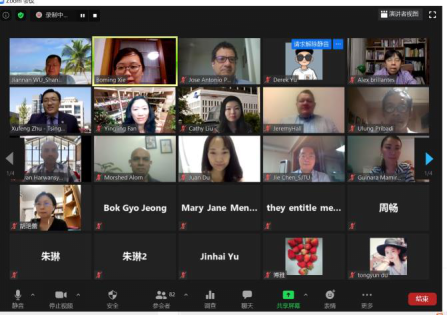 While on the evening of the 24th, Zhu Xufeng, not only a professor and Associate Dean from the School of Public Policy and Management of Tsinghua University, but also an adjunct professor of School of International and Public Affairs of Shanghai Jiaotong University, chaired the AAPA Editors’ Forum. Yingling Fan, Jeremy Hall, Cathy Yang Liu, Jose A. Puppim de Oliveira and other four editors introduced internationally renowned journals in the field of public administration and urban areas. During the forum, they also patiently answered questions from participants. 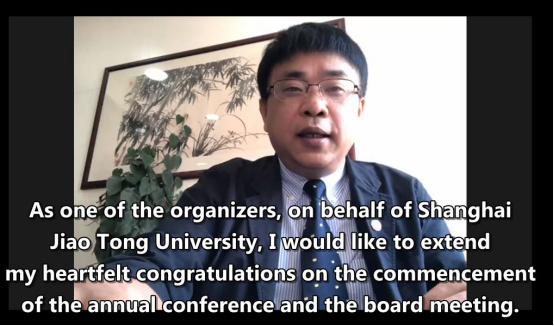 On the next day morning, The 2020 Annual Conference of the AAPA was held in the form of online conference .The opening ceremony was presided by Professor Wu Jiannan. Followed by that, Zhou Cheng, the Deputy Secretary of Party Committee from Shanghai Jiao Tong University,  attended the conference and delivered a speech. Mr. Zhou Cheng pointed out that the theme of this conference had a broad vision and a high level of thinking. It included both historical depth and deep practical care. This conference took Asian urban governance as an entry point, promoted interdisciplinary and cross-country dialogue, and enriched urban governance practices in China and other Asian countries. The theme of the conference focused on the future of urban development and could provide a grand vision for exploring urban governance issues. Top experts and scholars in the field of global public administration, especially urban governance were gathered together in this conference. He believes that the convening of the conference would provide global scholars' some insights and wisdom on the future of urban governance. Professor Alex B. Brillantes, Jr., the fifth chairman of the AAPA, Professor Guo Hai, the chairman of the China-America Association for Public Affairs, and Professor Allan Rosenbaum, the president-elect of the American Society of Public Administration, also attended the opening ceremony and delivered their speeches.

Eight well-known public administration scholars and experts from all over the world delivered informative keynote speeches on the opening ceremony. The keynote speech was divided into two stages. The first stage was chaired by Professor Heungsuk Choi from Korea University. Professor Anthony Cheung of the Education University of Hong Kong, Professor Lan Xue of Tsinghua University, Professor Allan Rosenbaum of Florida International University, and Professor Wu Jiannan of Shanghai Jiao Tong University respectively focused on four topics: the challenges and dilemmas of urban governance, the experience and lessons of crisis management in China's response to the COVID-19 epidemic, the ways to make the sustainable development goals and urban governance efficiency in reality, and lastly the introduction of digital urban governance by using the practice of Shanghai Yi Wang Tong Ban. 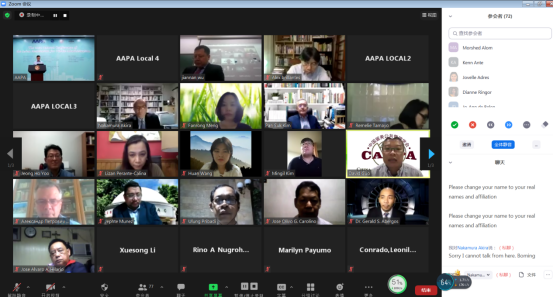 The closing ceremony of the conference was presided over by Jiang Wenning, the Secretary of the Party Committee of the School of International and Public Affairs of Shanghai Jiao Tong University and Secretary of the Party Branch of the China Institute for Urban Governance. "Akira Nakamura Awarding for Best Paper" was held at the closing ceremony. A total of four papers have won this award. Zhang Pan from the School of International and Public Affairs of Shanghai Jiaotong University and Wang Huan of Renmin University of China are on the list of awards. Later on, Professor Guo Hai and Professor Wu Jiannan delivered closing speeches respectively. On behalf of AAPA, Professor Wu Jiannan expressed his sincere gratitude to all the participants, he also mentioned that AAPA will make the improvement of academic level of Asian Public Administration as its mission. Moreover, in order to establish and strengthen connections with other academic institutions and public administration practitioners, AAPA will work harder to provide a wider platform for public administration scholars in Asian countries to communicate and exchange ideas. Finally, the next representative of the organizers for the AAPA Annual Conference, Professor Alexander Kochegura of the Institute of Public Administration and Civil Service of Russia introduced and welcomed The 2021 Asian Public Administration Annual Conference.