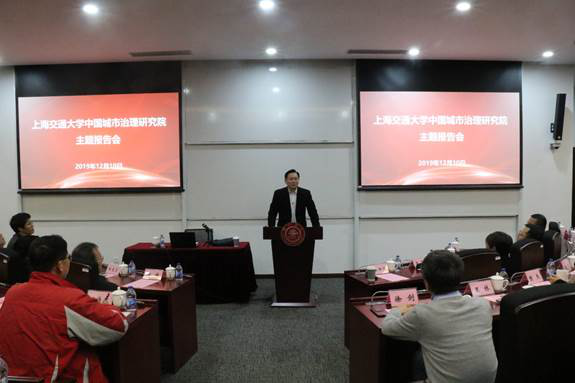 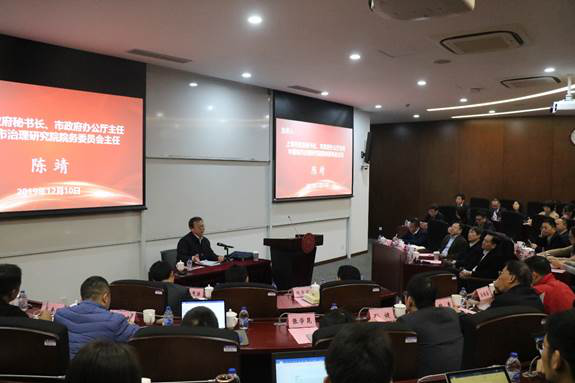 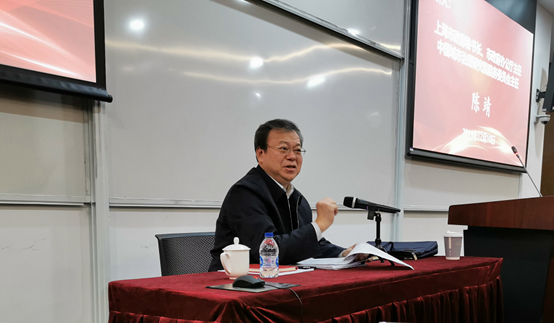 In an hour-long speech, Chen Jing shared the important instructions of General Secretary Xi on the work in Shanghai, especially his experience on urban governance and government governance. At the same time, based on his own mental journey, he shared what he heard, saw and thought during the process of urban governance in Shanghai.
Chen Jing interpreted the current situation of Shanghai's urban governance, and explained how the Shanghai Municipal Government faced the requirements of a comprehensive external environment and national policies, and actively and efficiently implemented key work tasks through a wealth of examples, making the participating scholars can better understand the government's thinking mode and decision-making mode.
In the end, Chen Jing made three suggestions on how the Institute can better embed and better serve Shanghai's urban governance practices: first, doing both basic and in-depth research on the motivation and mechanism of urban operation; second, carrying out strategic research, conducting in-depth research on urban development strategies, especially in the fields of big data and informatization; third, carrying out comparative research from a wider perspective, making a comparative study of urban governance from a historical and world perspective.
After the keynote speech, on behalf of the Institute, Wu Jiannan thanked Secretary-General Chen Jing for his thorough and vivid share, meanwhile, said that the Institute will strengthen the construction and actively carry out research work based on the three basic suggestions made by Secretary-General Chen Jing.
CONTACT US
021-62934788
ciug@sjtu.edu.cn
200030
Xinjian Building，Shanghai Jiao Tong University, 1954 Huashan Road, Shanghai, China